21st Century Skills vs. Classical Education: The Answer my Friends, Is Blowing in the Wind... 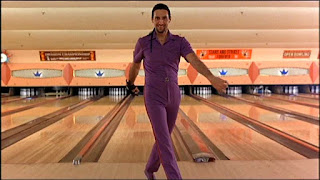 Felt like I had to re-post a response I posted on the Core Knowledge Blog's recent post of remarks by Florian Hild. The 're:' at the start of my post quotes a particularly gnarly part of the esteemed Dr. Hild's argument about the superiority of a Classical Education -- which in one paragraph manages to name drop Emily Dickinson, Jane Austen, Aeneas, Ben Franklin [paragon of virtue], Beethoven, Da Vinci, Jesus [I'm assuming the dude from Nazareth and not the guy from The Big Lebowski], Newton, Darwin, James Madison, Abe Lincoln, and Jane Goodall.

(Just for the record, remember that I'm a guy produced by a Classical Education...)

re: “However, the erudition, eloquence, and integrity of a John Milton will still serve us well today. The ability to outmaneuver others on one’s Blackberry, though, will ultimately not provide a lasting competitive advantage, not to speak of a happy and good life. If we are afraid of the challenges of a new century, I’d say that the best way to prepare us for them is to face them standing on the shoulders of giants.”

First of all, your giants are not my giants. Why not talk about the ideas themselves without turning this into a discussion of canonical name-dropping.

My kids study the ins and outs of Classical Rhetoric via Cicero as well as Chuck D.

I teach Latin and Art History.

By the end of the year, my Art History students have taken on every major aspect of Western philosophy and criticism, considered the historical and contextual processes surrounding every art movement from the Cave Paintings through Hip-Hop, and written hundreds upon hundreds of paragraphs of criticism — discussing all of this in person — both together in the classroom, as well as on blogs, wikis, and intermedia Web 2.0 apps. In addition, they are responsible for keeping all of their work online in a personal blog which over the course of the year produces for them a completely connected hyperlinked digital portfolio and produces for my school and department a cost-savings in paper that can then [be] put towards more worthy things.

And I would feel completely irresponsible as a teacher here in the transition period leading us into the Digital Age if I were to neglect my students either the liberal-arts-based study of the ideas produced through the intellectual tradition of Western Civilization or if I were to throw them out to the digital wolves with no guidance as to the educational and societal uses of new technology.

Folks here are absolutely right: There is no magical solution to education. Tech ain’t magic. And the canon ain’t magic. When it comes down to the brass tacks, it’s about meeting the kids where they are and giving them the intellectual and technical capacity to handle whatever is thrown at them in the future.

Everything else is just silliness.


PS: Don’t trust anyone trying to ’sell’ you 21st Century Skills; everything you need is available for free online. By the same token, don’t trust anyone who needs to support his claims by citing only the names of the famous and legendary; the greatest potential of the Internet is the democratizing force of the amplified lowly human voice and the ability of a simple well-thinking person connected online in a public library to take on in real-time the ‘authorities’ and ‘top-ranked’ arbiters of an age.