We Have a Negative Space Problem

In terms of social media, I spend the most amount of time on Twitter and the least amount of time on Facebook. On some level, it's the culture of each "place." Plus is great, but I haven't found a way to "fit in" yet -- despite having an account and posting from day one. Meanwhile, Facebook is the place where I meet folks from high school.

However, it's more than that. It's the concept of space. Twitter is simple and it looks simple. Watch the user interface and there's enough negative space to breathe. Google Plus has more to offer than Facebook and does so with more negative space and easier navigation. 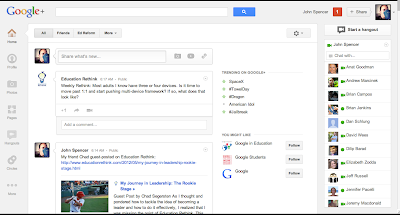 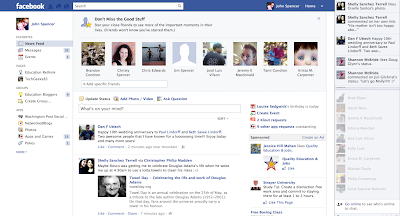 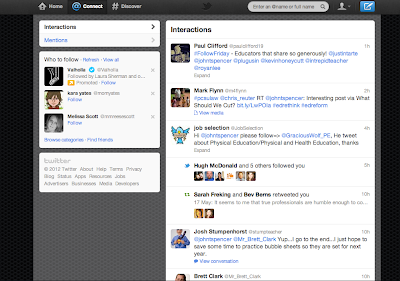 When I think of instruction, it's crammed with positive space. No reflection. No wandering. No negative space between the subjects and the concepts. Again, it misses the sense of balance. For all the talk of "instructional design," schools are often missing one of the core fundamentals of design. We need negative space.

I'm not sure what it would look like, but I want schools to rethink the concept of negative space. I want to recover the paradoxically complex simplicity and solitude of negative space.
Posted by Unknown at 9:33 AM

Shelly was awarded a press pass to NECC 2009 from ISTE for his post:
What Does Internet Blocking Suggest to Students?