Sometimes Slowing Down Leads to Burnout (Part One) 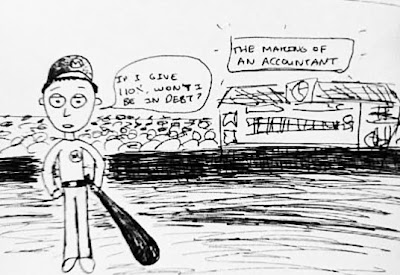 I'm reading Trust Me right now and realizing, yet again, why John Updike was a brilliant author. I realize that he has grown less trendy in the last decade or so. Not postmodern enough. Too realistic. Too bold in crafting beautiful prose that is neither poetic nor particularly provocative. And yet every time I sit down  with his work, I am amazed by phrases like "the chemical scent of a pool always frightened him: blue-green dragon breath."

I have a hunch that Updike will be criticized for the sheer volume of his work. People like a tidy list of seven or eight really good works and let's be honest, Updike produced a few works that will be forgotten (and rightfully so). However, the only reason that he continued to write well was the simple fact that he kept writing.  He understood that the only way to refine his craft was to continue to push himself to produce more. Instead of worrying about running out of ideas, he recognized that one only grows stagnant by slowing down.

It seems counter-intuitive, but Updike's legacy suggests that burnout isn't caused by hard work as much as by a slowing down induced by fear and shame.  When I look at creative types who "burned out," I don't think it was laziness or lack of interest or the sense that they had nothing left in them. Instead, it was fear. I think Salinger, after writing Catcher in the Rye, realized that it was good, perhaps too good to be repeated and so he fled to mediocrity.

That was me last year. I worked really hard, had some great results and then fled into a teacher-coach role this year out of fear that I wouldn't be able to do it again. I ran away respectfully. I refused to admit just how scared I was that I would not repeat the kind of year I had last year. I allowed shame and fear to determine my self-concept as a teacher. And the hard part, the scary part of it, was that I loved teaching. I simply couldn't allow my success to depend upon standardized test scores. In other years, I almost hit the burnout point because of the dissonance between what I believed about education and what the system was asking me to do.

The issue was never hard work, but rather work that I was afraid I couldn't repeat combined with work that did not fit my identity. Hard work made me tired. Fear and shame led me to flee. I'm still teaching part-time, but I'm


Teaching is exhausting. I get that. A teacher spends hours in a passionate, emotional, sensitive state and on some level, that simply isn't natural. However, I have never seen a teacher burn out from hard work. Instead, a teacher is more likely to burn out by checking out, slowing down and giving themselves the permission to be less passionate and to care less in the name of balance.


And that's me right now. I have more free time than ever before. I am not working anywhere near as hard as I did last year. I slowed down and now, as I teach only part of the day, I am dying to be back into the classroom full-time. I would rather be tired than spend my time doing something that doesn't fit who I am. I may not be able to repeat the success of last year, but I would rather fail trying than continue to slow down.

This isn't to suggest that balance is bad. Teachers need a personal life. There is nothing wrong with working fewer hours than in the past. However, when I watch teachers burn out, it is almost never because they were working too hard. In fact, the opposite is true. They often slow down as a result of burnout. Slowly, subtly, shame beats the passion out of them and they are left with a shell of a vocation. They don't burn out in explosion. They vaporize so slowly that you don't see it until it's too late.


*     *     *
John T. Spencer is a teacher in Phoenix, AZ who blogs at Education Rethink. He recently finished Pencil Me In, an allegory for educational technology and A Sustainable Start, a book for new teachers. He also wrote the reform-minded memoirs Teaching Unmasked: A Humble Alternative to Waiting For a Superhero and Sages and Lunatics. He has written two young adult novels Drawn Into Danger and A Wall for Zombies. You can connect with him on Twitter @johntspencer
Posted by Unknown at 9:58 AM